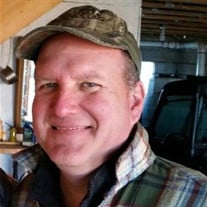 Benjamin Christopher McDavid, 46 from Lewis Center, OH, formerly of Nitro and Poca, WV suddenly passed away on June 8, 2019 at the Ashtabula County Medical Center in Ashtabula, OH while on a fishing trip to Lake Erie with his son, father, brother and nephew. He was born in Charleston, WV and was raised in Nitro and Poca before heading to Vanderbilt University to earn his degree in Chemical Engineering. He worked in the construction industry during his summers while he was attending Vanderbilt and in the chemical industry after earning his degree. He worked at Bayer Cropscience in Institute, WV until 2006. Ben earned his (PE) Professional Engineering license early in his career. He started working for Ashland Chemical in Dublin, OH in 2006 performing process design and process engineering work before moving to the Asset Management Group in 2011. His current position at Ashland was the position of Process Safety Engineer, EHSQRA. Ben traveled often to the company's facilities located in China, Europe, and elsewhere as well to many states in the US where Ashland's plants were located. During the past few years Ben on occasion taught specialty classes in several states so others in his industry could benefit from his experience and expertise that he had gained. Ben loved working for Ashland Chemical as well as with all of the employees he interfaced with each and every day. He was always confident in what he did and always felt that his job was a very important one. Ben was a very hard worker and not just during his normal work day. Ashland management would describe Ben as kind, a good listener, a team player, cool, calm, collective, and dependable. He enjoyed spending special time with his family. He always enjoyed the outdoors and loved fishing and hunting and spending time with family and friends wherever and whenever he could. Ben was a member of Powell United Methodist Church, Lewis Center, OH. He was a loving father of two children Hannah Grace and Gavin Christopher whose mother is Randi Mollohan McDavid. Ben and Randi would do anything they could to make both Hannah and Gavin happy and to help guide them down the right path of life's journey. Ben was loved by many and he will be truly missed so much by his family and friends. Ben is survived by his father and mother, Randall and Carol McDavid; brother, Joel McDavid and wife Elizabeth; nephew, Stephen; niece, Madison; father-in-law, Mike Mollohan; aunt Elizabeth and uncle Larry Shrewsbury; uncle, Jon McDavid; aunt Beth and uncle Ron Slade; uncle Tim Landin and aunt Becky; uncle Mark Landin and aunt Donna; uncle Dan McDavid and aunt Denise; uncle Tim McDavid and Lisa; sister-in-law, Terri Mollohan; nephew, Nicholas Frampton; niece, Bailey Grisgsby and many cousins. Memorial service will be held at 5:00pm Saturday, June 15, 2019 at Chapman Funeral Home, Hurricane. Visitation will be from 3-5pm Saturday prior to the service at the funeral home. Condolences may be sent to the family at the chapmanfuneralhomes.com

Benjamin Christopher McDavid, 46 from Lewis Center, OH, formerly of Nitro and Poca, WV suddenly passed away on June 8, 2019 at the Ashtabula County Medical Center in Ashtabula, OH while on a fishing trip to Lake Erie with his son, father, brother... View Obituary & Service Information

The family of Benjamin Christopher McDavid created this Life Tributes page to make it easy to share your memories.

Send flowers to the McDavid family.