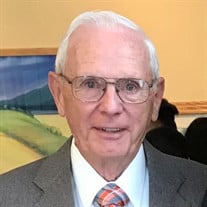 With broken hearts the family of Bobby Fields of Winfield, WV (formally of Washington, WV) announce his passing at home on October 27, 2020 at the age of 80, after a long battle with pulmonary fibrosis/asbestosis. Bob was born on May 19, 1940 in Charleston, WV to Ruby Wolfe. He was a 1959 graduate of Walton High School where he excelled at football. After four years in the Air Force he became employed at DuPont, Washington Works for 34 years in Maintenance and Supervision. Bob enjoyed camping and wood working and maintaining a beautiful lawn. He was proceeded in death by his parents, Ruby & Clyde Harper, father and mother-in-law, Charles and Nellie Taylor, brother, Lewis “Buster” Harper, brother-in-law, Tony Silvester, and a sister-in-law, Debbie Harper. Bob is survived by his wife of 56 years, Hilda Fields, daughter Cara (Keith) Sams; son Kevin (Chantal). Grandchildren, Madison Sams, Daniel (Briley) Sams, Connor Fields and God Grandson, Brandon Buntura. He is also survived by brothers Wayne (Barb), Rick (Sandy) and Roger (Crystal). Sisters: Carol Silvester, Joyce (Ron) Reed, Sharon Helm, Sue (Gary) Given. Brother and sister-in-law Darrell and Linda Taylor. Bob also had special relationships with his cousin Paul (Sandy) Fields and Jim and Linda McComas, Dick and Loretta Roller, and Howard and Barb Kemp, and his neighbors. He was always willing to help with any project. A visitation will be held at Chapman Funeral Home, 3624 Winfield Rd, Winfield, WV from 2-4pm and 6-8pm on Friday, October 30. Funeral Services will be conducted by the Reverend Larry Jones at 1pm on Saturday, October 31 at Lambert Tatman Funeral home, 2333 Pike Street, South Parkersburg, WV with two-hour visitation prior to the service. Entombment will be in the Chapel of Peace Mausoleum at Sunset Memory Gardens. Due to the COVID pandemic a face mask will be required at all gatherings along with social distancing. In lieu of flowers, please make donations in Bob’s name to the Hospice Foundation at 1606 Kanawha Blvd., W., Charleston, WV 25387.

With broken hearts the family of Bobby Fields of Winfield, WV (formally of Washington, WV) announce his passing at home on October 27, 2020 at the age of 80, after a long battle with pulmonary fibrosis/asbestosis. Bob was born on May 19, 1940... View Obituary & Service Information

The family of Bobby Fields created this Life Tributes page to make it easy to share your memories.

With broken hearts the family of Bobby Fields of Winfield, WV...

Send flowers to the Fields family.