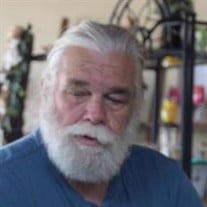 Charles Robert Cole, 65, of “Downtown” Fraziers Bottom took his final breath Sunday March 29, 2020 surrounded by his loving wife of 38 years and their three children. Chuck was born the fourth of eight children to the late Charles Stanley and Doris Jean Cole of Rexford, NY on May 8, 1954. He graduated from Niskayuna High School in 1972 and often spoke fondly of his time and friends there. He followed his desire to “play with trucks in the dirt” and attended SUNY Cobleskill for an associates degree, and went on to Cornell University to graduate in 1976 with a Bachelor of Science degree in Ornamental Horticultural Design. Following a roommate to West Virginia for a summer job in 1977, Chuck met Suzie Siders. This meeting proved to be a very good reason to stay in WV. They wed in 1981, and over the years grew their family. In 1978 Pleasantree Landscapes Unltd. was established by Chuck & remained a fulfilling business for his remaining 42 years. Throughout neighborhoods in Kanawha, Putnam, and surrounding county’s, so many yards designed and installed by Chuck, his son, and “the guys” can be seen. Around the area, countless trees, flowers, shrubs have been planted, walls, decks, and patios built under the Pleasantree name. Chuck enjoyed traveling, going back to New York in the summers with his family, visiting friends and family all over the United States. Scoping out “barn & garage finds” of vintage vehicles, searching for old signs, and vintage toys at swap meets, antique stores and flea markets, was one of his favorite things to do. Over the years the collections & displays of all of these things were always expanding. Chuck is survived by his siblings, always a part of DiKaDaChuBoKiDoDo, a host of in-laws, nieces, and nephews he loved to keep up with. Chuck is survived and immensely missed by his wife, Suzie, his eldest daughter, Kaylyn, both of Fraziers Bottom, his son Alex (Caroline Copenhaver) of Pliny, and his “baby with the babies,” Emma (Colton), his grand babies, who their Poppa adored the most, Remington Colette, Riah Everlee, and Lancer Lloyd Hatfield of Milton. A celebration of Chuck’s life and legacy will be held at a later date, when this world makes a little more sense. Chapman Funeral Home and Crematory, family-owned and located at 3941 Teays Valley Road, Hurricane is honored to serve the Cole family.

Charles Robert Cole, 65, of &#8220;Downtown&#8221; Fraziers Bottom took his final breath Sunday March 29, 2020 surrounded by his loving wife of 38 years and their three children. Chuck was born the fourth of eight children to the late Charles... View Obituary & Service Information

The family of Charles Robert Cole created this Life Tributes page to make it easy to share your memories.

Send flowers to the Cole family.