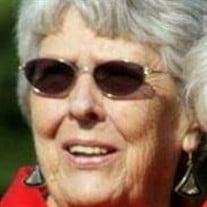 Constance Gresham “Connie” Minigh, (Nee Fox) 80, of Poca passed away Friday, April 23rd, 2021, at Hubbard Hospice House, Charleston. Connie was born in Charleston, WV on June 11th, 1940, to her late parents Henry “Kippy” Fox and Margaret Kathleen Thompson Fox. She was the last and youngest of their five children who were Eleanor Fox Henson, Joann Fox Garrett, Paul Fox, Pauline Fox Huffman. She graduated from South Charleston High School in 1958. After graduating high school she worked various secretarial positions until she had her first child in 1965. She was primarily a homemaker and was very active in the Putnam County School system if there was ever a child in need, from coaching and helping to form the girls softball team in Poca and then later becoming the North Putnam District representative and touching many young girls lives. When traveling to ballgames her car was always full! Connie was always present at her daughter’s high school basketball and volleyball games rooting the Poca Dots to victory. She was active in the community and was very fond of her neighbors in Hanshaw Addition where she raised her children and made life-long friends. Later in her life, she and her first husband Earl Minigh resided in Colonial Beach, Virginia, where she was a regional Job Corp representative and again, touching many young adults lives. After her husband Earl passed away, she headed to Texas to be with her son Paul and enjoy her grandchildren. Eventually, Connie moved back to Poca and established her residence in Hanshaw Addition. She remarried Don Atkinson and they split their time between Keyser, WV and Fort Meade, Florida. They both were very active in their church both in Florida and West Virginia. After Don’s passing she again established in Hanshaw Addition where she resided until her passing. She is survived by her daughter, Pam Minigh of Poca; son, Paul Minigh of Poca; step daughter, Susan (Minigh) Rice of Martinsburg, WV; and step son, David Minigh of Ft. Belvoir, Virginia. She is also survived by her five grandchildren whom she loved very much and a host of many nieces and nephews and many great nieces and nephews. She was blessed to have such a wonderful family and she loved every single family member dearly. The family would like to thank her niece Laura Garrett who helped care for Connie during the last year of her life. The family would also like to thank Hospice and the Hubbard Hospice House in Charleston. In lieu of flowers the family requests a donation made in Connie’s name to Hubbard Hospice House or Nitro Presbyterian Church. Per her wishes, she was cremated and a memorial service will be held at a later date. Chapman Funeral Home, family-owned and located at 3941 Teays Valley Road Hurricane is honored to serve Connie and her family.

The family of Constance Gresham "Connie" Minigh created this Life Tributes page to make it easy to share your memories.

Send flowers to the Minigh family.