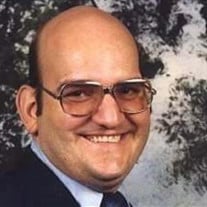 Darrell Gene McBride, 72, of Winfield, West Virginia finished running his last mile and entered into rest peacefully in his home on the morning of October 31, 2020. He was born on January 9, 1948 to Raymond and Vera (Harrah) McBride. As a very small child, Darrell would sit by his mother on the piano bench and watch her sing and play. From this time, a passion for music and singing was a golden thread that was woven through the tapestry of his entire life. In his teenage years, he managed and played for many gospel groups – one quartet he sang with had it’s own weekly radio program. He was also privileged to share the stage at times with greats in Southern Gospel music like “J.D. Sumner and the Stamps.” It was during this time of making music for the Lord, that he met and married the love of his life, Ona Marie Myers on September 9th, 1967 and on September 19, 1969 they had their first and only miracle child, Darrell James (Jamie) McBride. Together, they dedicated their lives to the ministry. Darrell remained a passionate singer, musician, song writer and minister throughout his life writing countless songs and producing many albums. He pastored three churches, started a Home Missions Church, served as associate pastor, youth pastor, teacher, and evangelist. He was one of the founding members of the Assemblies of the Lord Jesus Christ in West Virginia and served as District Secretary/Treasurer for more than 8 years. Darrell was also a licensed educator with the state of West Virginia and taught in the public school system for over 18 years. Darrell loved the Lord and His unfailing Word. He loved his family very dearly. Many will remember him as a meek man whose words of wisdom and encouragement will always hold a special place in their hearts. His torch for truth will be carried on by his son, Jamie, his daughter in law, Pam, and his two grandchildren, Whitney and Caleb. He is preceded in death by his parents, Raymond and Vera McBride, his aunt and uncle who raised him, Robert and Francis Carter, and his brother Richard Dale Roberts. He is survived by his precious wife Ona, and his brothers Raymond McBride and Frank McBride. We rejoice in celebrating his life and legacy and the peace that we will see him again. In lieu of flowers, the family asks that donations be made to Darrel G McBride Memorial Fund GoFundMe account set for his wife Ona. A graveside service will be held on Friday, November 6, 2020 at 2pm at Winfield Cemetery. Chapman Funeral Home, Winfield is honored to serve the McBride family.

Darrell Gene McBride, 72, of Winfield, West Virginia finished running his last mile and entered into rest peacefully in his home on the morning of October 31, 2020. He was born on January 9, 1948 to Raymond and Vera (Harrah) McBride. As a... View Obituary & Service Information

The family of Darrell Gene McBride created this Life Tributes page to make it easy to share your memories.

Send flowers to the McBride family.