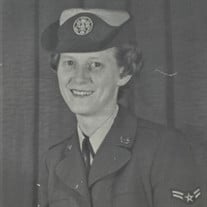 Geraldine “Geri” Hurst, 83, of Hurricane, went home to be with the Lord on April 7, 2022, after bravely fighting pancreatic cancer. Geri was born March 4, 1939 to Virginia and Arthur Hurst. Geri was baptized in First Baptist Church of Cheylan and attended church there with her family. Geri attended Lakeview Christian Church in Hurricane. Geri was a 1957 graduate of East Bank High School. Upon graduation, Geri joined the United States Air Force and proudly served her country for 3 years. Geri lived the majority of her life in Wisconsin, where she loved to fish in the lakes there and she also grew beautiful roses there. After many years in Wisconsin, Geri moved to California and enjoyed the warmer weather and meeting new friends. In her later years she returned to West Virginia, where she lived close to her family. Geri worked for various retail stores and made many friends. Geri loved to watch sports, especially football and the Green Bay Packers was her team. Geri was preceded in death by her parents, Virginia and Arthur Hurst; a brother, Wayne Hurst; two sisters, Isabell Thompson and Patricia Whitten. Surviving Geri are her sisters, Lou Thompson of Hurricane and Peggy West of Scott Depot, a special brother in law, Lindsey Whitten of Beckley, West Virginia. Geri is also survived by several nieces and nephews that she loved as her own children. Funeral Service will be held at 12:00 Noon Thursday, April 14, 2022, at Donel C. Kinnard Memorial State Veterans Cemetery, with Pastor Jeff Maynard officiating. In lieu of flowers please make donations to Hubbard Hospice House at 1606 Kanawha Boulevard West, Charleston WV 25387. Anyone wishing to leave an online memory may do so by visiting Geri’s tribute page at: www.chapmanfuneralhomes.com. Chapman Funeral Home, 3941 Teays Valley Road, Hurricane WV 25526 is honored to handle Ms. Hurst’s arrangements.

Geraldine &#8220;Geri&#8221; Hurst, 83, of Hurricane, went home to be with the Lord on April 7, 2022, after bravely fighting pancreatic cancer. Geri was born March 4, 1939 to Virginia and Arthur Hurst. Geri was baptized in First Baptist Church... View Obituary & Service Information

The family of Geraldine "Geri" Hurst created this Life Tributes page to make it easy to share your memories.

Send flowers to the Hurst family.