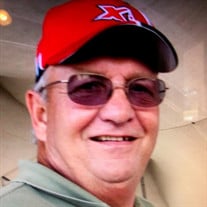 Glen Michael Gillispie (Mike), 66, passed away at his home in Fraziers Bottom, where he was a life long resident, on February 20, 2020. He was born at St. Mary’s hospital on May 26, 1953 to his parents, Hershel Harrison Gillispie and Pauline Lilly Romine Gillispie, both deceased. He is survived by his loving wife of 46 years, Pamela Gillispie, and their three children, Jodi (Jason) Boggess (Eric and Katelyn), Stacey (BJ) Ellis (Jalen and Cali), and Paul (Katherine) Gillispie (Bailee and Ellison). He is also survived by his sister, Brenda (Donald) Grant (Lisa, Jarrett and families), and his brother, Jon (Hilda) Gillispie (Rebecca, Jessica, and families), as well as his mother-in-law, Jacqueline Gillispie, brother-in-law, Stephen Gillispie (Tony, Renee, and families), David (Pamela) Gillispie (Miranda, Alicia, Amee, and families), extended families and special friends. After attending Winfield High School, he began in the construction field where he became a heavy equipment operator. He later retired from the Steel Workers Union # 14614. He was a long standing member of the Winfield Volunteer Fire Department and worked with others to develop and build the Fraziers Bottom Sub-station. He was a good ole country boy who loved Fords, John Deere tractors, the Down Home Days, and spending time with his friends. Anyone who knew him would say that he never met a stranger, and would go out of his way to help anyone. He loved his family more than anything. He had a funny sense of humor and always wanted people to be happy. He enjoyed working around the farm, riding four wheelers, and his favorite time of the year was during his Fourth of July parties that he spent celebrating with his grandkids. He will be greatly missed by many. Funeral service will be held at 11am Wednesday, February 26, 2020 at Chapman Funeral Home, Hurricane. Burial will follow in Pine Grove Cemetery, Fraziers Bottom. Visitation will be held from 6-8pm Tuesday at the funeral home. You may visit his tribute page at ChapmanFuneralHome.com to share your memories of Mike with the family. In lieu of flowers, memorial contributions should be made to the Winfield Volunteer Fire Department, Fraziers Bottom Sub=station, c/o Tony Gillispie, PO Box 143, Winfield, WV 25213. Chapman Funeral Home, family-owned and located at 3941 Teays Valley Road, Hurricane is honored to serve the Gillispie family.

Glen Michael Gillispie (Mike), 66, passed away at his home in Fraziers Bottom, where he was a life long resident, on February 20, 2020. He was born at St. Mary&#8217;s hospital on May 26, 1953 to his parents, Hershel Harrison Gillispie and... View Obituary & Service Information

The family of Glen "Mike" Gillispie created this Life Tributes page to make it easy to share your memories.

Glen Michael Gillispie (Mike), 66, passed away at his home in...

Send flowers to the Gillispie family.