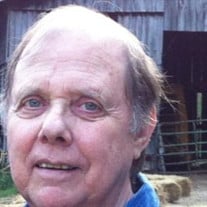 Herbert Hugh Phelps, 71 of Hurricane went to be with the Lord, Tuesday, January 21, 2020 at CAMC Teays Valley Hospital He was a Chemical Technician Supervisor, retiring from Union Carbide Corp./Dow Chemical, a devout Christian and a Sunday school... View Obituary & Service Information

The family of Herbert Hugh Phelps created this Life Tributes page to make it easy to share your memories.

Herbert Hugh Phelps, 71 of Hurricane went to be with the Lord,...

Send flowers to the Phelps family.