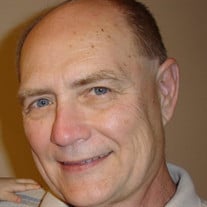 James (Jim) Elsworth York, age 77 of Winfield, West Virginia passed away Monday, July 1st, 2019 at the Hubbard Hospice House in Charleston, West Virginia. Jim was born on January 26, 1942 in Logan, West Virginia to Elmer David York and Lucinda (Ellis) York. In 1954 the family moved to Jefferson, Ohio where he graduated from high school in 1959. While at Jefferson Jim played trumpet in the school band and was active in the Boy Scouts. He went on to earn Eagle Scout with golden palm and was inducted into the Order of the Arrow. Upon graduation, Jim worked at Ashtabula Molded Fiberglass where he fabricated auto bodies for Corvette and Avanti. Two years later he left Molded Fiberglass and joined the Olin Corporation, where he worked in Ashtabula until being transferred to Moundsville and Charleston, West Virginia. Jim retired from Clearon Corporation of South Charleston after its acquisition of Olin and continued working as a safety consultant for some time later. Jim was an avid golfer and bowler, winning many local and corporate competitions and championships. Later in life his passion turned to travel, taking him to Asia, Europe, South America, and throughout the Caribbean. He was preceded in death by his parents, his daughter Amanda, and his second wife Patricia (Long) York. He is survived by his first wife Wanda (Mack) York, six children: Christopher York, Stephanie York, Adam York, Todd York, Marcie Stange, Tina Wingard; nine grandchildren; four great grandchildren; his sister Candice Smith and long-time girlfriend, Linda Hardway. Funeral service will be held at 2:00pm Sunday July 14, 2019 at Chapman Funeral Home, 12848 Winfield Road, Winfield, with Pastor Rob Laukoter officiating. Burial will follow at Heavens Gateway Memorial Gardens, Winfield. Visitation will be held from 5-7pm, Saturday at the funeral home. In lieu of flowers, donations are encouraged to HospiceCare, 1606 Kanawha Blvd, W. Charleston, WV 25387. You may share memories of Jim by visiting his tribute page at ChapmanFuneralHomes.com Chapman Funeral Home, family-owned and located at 12848 Winfield Road, Hurricane is honored to serve the York family.

The family of James "Jim" Elsworth York created this Life Tributes page to make it easy to share your memories.

Send flowers to the York family.