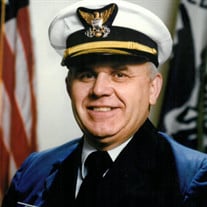 James Michael Vicars, 77, of Ripley, formerly of St. Albans, passed away peacefully Wednesday, May 1, 2019 at Hubbard Hospice House, Charleston with his family by his side. He fought a long battle with cancer. He had many highs and lows, but he finally won. He is now in Heaven with God’s Son. Jim was born October 14, 1941 in Spencer and was the first-born son of the late William Henry Vicars and Rosalie Kiser Vicars of Ripley who will celebrate her 102nd birthday in July, 2019. In addition to his mother, Jim is survived by his brother, Stephen Vicars (Lanita) of Mineral Wells; daughter, Jayne Michelle Nester (John) of Scott Depot; son, Brian Michael Vicars (Connie) of Winfield; his fiancée, Sherri Pepper of Millwood; grandchildren, Jonathan Nester of NAS Oceana, VA, Brandon Nester (Heather) of Scott Depot; Cora Lee Vicars of Boerne, TX; great-granddaughters, Esabella, Payton and Ameila Nester and many nieces and nephews; best friend, Charlie Landfried and the Southall Clan. He is also survived by his in-laws, Mary Lou Albert (Mike) and Henry Marino, Jr. (Karen) all of St. Albans, John Antonio (Bron) of Charlotte, NC, Mike Marino (Mary Sue) of Myrtle Beach, SC. Jim graduated from Ripley High School in 1959. He entered the US Air Force and was stationed in England for nearly three years following graduation. He attended college at WV State University where he received his Business degree in 1969. Jim was a member of the Civil Air Patrol, Knights of Columbus,the Moose Lodge and was a lifetime member of the James E. Marshall American Legion Post # 187, Winfield. He was most proud of his career in the US Coast Guard where he attained the rank of Chief Warrant Officer (CWO4) prior to his retirement. Jim worked at various locations over the years including Henry’s Mens Store, St. Albans. He retired as assistant manager from Big Lots and working at the Kanawha City and Teays Valley stores. Jim was also employed by the Kanawha County Board of Education as a substitute teacher after his retirement. What’s the saying? “You can’t keep a good man down!” Jim was a great man. He never complained, no matter what he was going through. He was loved by so many people and treated everyone with kindness. Jim was married to his late wife, Juliet Ann “Judy” Marino Vicars for 42 years before her death in 2008 and was also preceded in death by his father and mother-in-law, Henry and Ethel Marino. Funeral service, with Military honors provided by VFW Post #9097,will be held 2pm Monday, May 6, 2019 at Chapman Funeral Home, Hurricane with Rev. Aaron Melhorn officiating. Visitation will be held one hour prior to the service at the funeral home. He will be laid to rest in a private ceremony at Donel C. Kinnard Memorial State Veterans Cemetery, Dunbar. You may visit his tribute page at ChapmanFuneralHomes.com to share your memories with the family. Chapman Funeral Home, family-owned and located at 3941 Teays Valley Road, Hurricane is honored to serve the Vicars family.

James Michael Vicars, 77, of Ripley, formerly of St. Albans, passed away peacefully Wednesday, May 1, 2019 at Hubbard Hospice House, Charleston with his family by his side. He fought a long battle with cancer. He had many highs and lows, but... View Obituary & Service Information

The family of James Michael Vicars created this Life Tributes page to make it easy to share your memories.

Send flowers to the Vicars family.