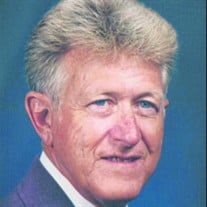 JERRY JOE BAILEY, 87, died on July 31, 2O19, at Dunbar. He was born January 29, 1932, in Huntington, the son of William R. and Mamie Shepard Bailey, who both preceded him in death. His wife, Sylvia Thomas Bailey, his sister, Carol Bailey Curry, and his beloved uncle and aunt, Carl and Ina Bailey, also predeceased him. Jerry was a graduate of Milton High School and attended Marshall University before enlisting in the United States Air Force. After four years in the service, having been stationed in Alaska, Virginia Beach and elsewhere, he was discharged. He worked at Kroger's in Milton and then at Union Carbide where he worked as an instrument technician until his retirement in 1986. After his retirement from Union Carbide, he was employed by Clemson University in South Carolina working on their lab equipment. Jerry loved all sports, but mostly baseball. He coached Little League and Babe Ruth baseball teams in Hurricane. He played softball on a Carbide team. He coached in the Hurricane Mustangs Midget League football. He also taught a teen Sunday School class at Forrest Burdette United Methodist Church, where he was a member. In later years, he attended Dunbar Mission Church. He leaves two sons: Brett Bailey of Dunbar, Brian (Kim) Bailey of Raleigh, N.C., and a daughter, Jeri Jo (Brian) Alley of Hurricane; four grandchildren: Paul K. Milam II, Ian Bailey, Casey Bailey, and McKenna Alley; and a nephew, Rick Curry of Richmond, Va. The family expresses their gratitude to the staff at Sweetbriar Nursing Home and to Kara of Hospice for the loving care of their father. A celebration of Jerry's life will be held from 5-7pm Saturday, September 21, 2019 at Chapman Funeral Home, Hurricane. Jerry was a full body donor, hoping by doing that, he would be helping medical science, especially in the area of the treatment and a cure for Alzheimer's disease. In lieu of flowers, the family requests any contributions be made to the Alzheimer's Association or Hospice of Kanawha Valley at 1606 Kanawha Blvd. West, Charleston, WV 25387.

JERRY JOE BAILEY, 87, died on July 31, 2O19, at Dunbar. He was born January 29, 1932, in Huntington, the son of William R. and Mamie Shepard Bailey, who both preceded him in death. His wife, Sylvia Thomas Bailey, his sister, Carol Bailey... View Obituary & Service Information

The family of Jerry Joe Bailey created this Life Tributes page to make it easy to share your memories.

Send flowers to the Bailey family.