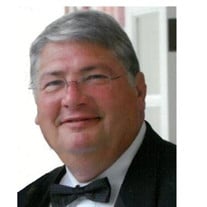 John W. Chapman III, 72, of Hurricane passed away at home surrounded by his family on Thursday, May 14, 2020. John was a talented athlete and graduate of Winfield High School and Huron College, Huron SD. He is a member of Teays Valley Presbyterian Church, Scott Depot. John began his career in 1969 as graduate of Cincinnati College of Mortuary Science. John is a member of Putnam Masonic Lodge #139 A.F. & A.M., Scottish Rite Bodies, Beni Kedem Shrine Temple, Royal Order of the Jesters, Court #111, the Rotary Club, Scott-Teays Lions Club and has served on numerous boards of directors throughout his career including the West Virginia Board of Funeral Service Examiners. He is a member of the National Funeral Directors Association, West Virginia Funeral Directors Association, and Preferred Funeral Directors International where he had served as past president, as well as many other professional and civic organizations. He was also humbled to receive the 2020 Mayo Lester Award acknowledging his lifetime dedication to the citizens of Putnam County. John’s compassion and dedication to the communities of Putnam County were instilled in him by his parents at an early age. As a son of a founding funeral home director, his career began with responsibilities such as routine maintenance, lawn and automotive care. Once older, he assisted his father with the early duties of a community ambulance service and other funeral home related commitments. John began helping his father at their original Chapman Funeral Home located on Main Street in Winfield and together they later established the Chapman Funeral Home in Teays Valley. For many years John and his wife, Debra Leslie Chapman owned and operated Bartlett-Chapman Funeral Home in St. Albans. Following the death of his father in 1985, John and his wife Debra have continued these traditions by expanding their funeral home presence with new and modern facilities. The funeral homes have continuously been renovated, remodeled and expanded, and now includes the only “on-site” crematory in Putnam County. In 2015, Affordable Cremations of WV was launched to provide cremation services to all areas of West Virginia in the most economical fashion. As a second generation funeral home owner in Putnam County many people throughout this area and the state of West Virginia have come to know and respect him and his family for the selfless dedication given to them during their most challenging times. Forging lifelong relationships with the residents and families of Putnam County has been one of his most rewarding accomplishments. John has always abided by ethical and moral standards for the families and community he has served and has set a higher standard for the funeral industry in this area and beyond. The Funeral Home was a large portion of John's life, but his family was an even larger portion. He could be found at many ball fields supporting his children and grandchildren, and was additionally always a stable presence in many of the community youth events. He was a beloved mentor and friend to all. John was preceded in death by his father, John W. Chapman Jr. He is survived by his mother Jennie Margaret Erskine Chapman of Winfield; his wife of 41 years, Debra Leslie Chapman; his children, Jennifer Chapman Garrigan and her husband, Jay of Charlotte, NC; John William IV and his wife, Sarah of Fort Mill, SC; Jake Chapman and his wife, Lani of Hurricane; Ty Chapman and his wife, Tara of Charlotte; Jered Chapman and Morgan Pack of Hurricane; Justin Chapman and his wife, Brooke of Belmont, NC. He was affectionately named “PawPaw” by his 12 grandchildren, Reagan, Vaida, Elle, Carter, JW, John V, Ty II, Clara, Ruth, Jacob, Erin, and Bo; great nieces and nephews, Jason Patrick Smith, Grace and Faith Yeager, Sophia Yeager, Vivienne Yeager, George Cross and Ivery Cross who John considered as grandchildren. Additionally, he is survived by his brother, Dr. Thom Chapman of Winfield and Mrs. Chapman’s caregiver, Marie Schimer along with several beloved aunts, uncles, cousins, sisters and brothers-in-law, nieces and nephews. John was particularly close to his brother and sister-in-law Glen and Anita Leslie Yeager and their children, Glenn Yeager; Dr. Anita Yeager Smith and husband, Jason; Elizabeth Yeager Cross and her husband, Brett; Michelle Nichols, Thad Chapman, Andrew Chapman, Andrea Burch, J.F. Leslie and Josh Leslie, and all of their children. John always considered his employees part of his family as well, saying he was “only as good as my help.” Given these unsettling times we are currently facing, those wishing to pay respects to John and the Chapman family are welcome between the hours of 3pm and 8pm, Saturday, May 16, 2020 at their Teays Valley Funeral Home located at 3941 Teays Valley Road, Hurricane, where guests may enter the building while maintaining social distancing guidelines. Those wishing to remain in their automobiles are welcome between the hours of 12 Noon and 4pm Sunday for a drive-thru viewing at the funeral home as well. Staff members will direct traffic. You may also visit his tribute page at ChapmanFuneralHomes.com to share memories and offer your condolences. John will privately be laid to rest in Winfield Cemetery, Winfield with Masonic Rites conducted by Putnam Masonic Lodge #139 A.F. and A.M. In lieu of flowers, contributions should be made in his honor to any of the following: The Joseph Michael Leslie Scholarship, in care of Greater Kanawha Valley Foundation, 900 Lee Street, East, Charleston, WV 25301, Hospice Care, 1606 Kanawha Blvd., W., Charleston, WV 25387 or to a local food pantry of your choice. The Chapman Funeral Home family is saddened but honored to serve John and his family as he taught us.

John W. Chapman III, 72, of Hurricane passed away at home surrounded by his family on Thursday, May 14, 2020. John was a talented athlete and graduate of Winfield High School and Huron College, Huron SD. He is a member of Teays Valley Presbyterian... View Obituary & Service Information

The family of John W. Chapman III created this Life Tributes page to make it easy to share your memories.