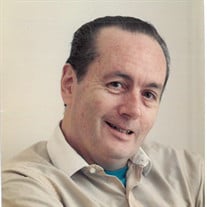 John F. O’Connor, 81, formerly of the Bronx, New York, passed away on Sunday 5/23/21. John was born August 9, 1939 in the Bronx, New York to Anne McAuliffe and Nicholas O’Connor, both originally from County Claire, Ireland. He struggled with alcoholism for a number of years, but with the help of AA , he proudly achieved sobriety on April 3, 1978. Through a special employment opportunity with EPRA (a unique alcohol treatment program), he was able to obtain a position as a bellman at The Beekman Hotel, near the UN. He met many dignitaries and celebrities there (including Desmond Tutu and Gary Sinise), until retiring to West Virginia in June 2001 to be near family. Once in West Virginia, he made many close friends at the AA meetings in Hurricane, Scott Depot and Dunbar, where his New York City accent drew attention. He treasured those close AA relationships and our family would like to thank all of those who welcomed John at the meetings and often provided him transportation. John is survived by his son, Kenneth O’Connor, his daughter-in-law, Hyla Harvey, and grandchildren Kala O’Connor, Jewel O’Connor and Ravi O’Connor. John requested that there be no funeral or memorial service. In lieu of flowers, John requested that donations could be made to EPRA, 261 W. 35th Street, 9th Floor, New York, NY 10001 or The Serenity Club, 1225 Ohio Avenue, Dunbar WV 25064. Chapman Funeral Home, Hurricane is honored to serve the O'Connor family.

The family of John F. O'Connor created this Life Tributes page to make it easy to share your memories.

Send flowers to the O'Connor family.