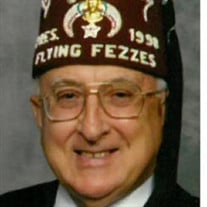 Larry Thomas Brannon, 87, of Nitro, West Virginia, passed away peacefully surrounded by his loved ones on Friday, December 13th after a short illness. Larry is survived by his wife of 32 years, Reba, children, Katheryn and Scott Barr, Margaret Williams, Julia Brannon, Kerry and Martin Castleberry, Dr. Jeffrey and Jennifer Holmes, Ted and Lora Holmes. He is also survived by his brother Jim Brannon and cousin, who has always been more of a brother, Butch Ferguson. One of the highlights of his life were his 12 grand and 6 great-grandchildren: Nicholas Barr; Andrew, Emily, Elizabeth and Blaine Barr; Tommy, Merideth, Davin Pasinetti; Terri, Brian, Brooklyn and Ryder Wiblen, Amanda Holmes; Zoey Holmes; Amy, John and Gabriella Yusten; Emily Castleberry; Jon and Chelsea Castleberry; Dr. Scott and Ali Holmes, Connor Holmes; Paige Holmes; Jenna Holmes and honorary granddaughter, Bailey Call. Larry was preceded in death by his mother, Ethel Gay Brannon, father, Roy Ray Brannon and brothers Eugene Brannon, Francis Brannon, and sister, Kathleen Lucas. Larry began life on his family's farm in beautiful Pine Grove, WV. After graduating from Ripley High School in 1950, he dutifully served his country in the United States Navy from 1950 to 1954. After returning from his service, he attended West Virginia State College where he earned a degree in business administration. Larry then lived in the Kanawha Valley where he raised his three daughters, Katheryn, Margaret and Julia. In 1993, he retired from Union Carbide as an Investment Recovery Representative. In 1987, Larry met and married his bride Reba. Together they spent their remaining working years and retirement together, blending their two families. Larry was the most selfless and caring man to his family and friends. He was our patriarch, our rock and provided us unwavering support with the steadiest of hands. His devotion to us knew no boundaries. He showed up for us time and time again - attending every softball game, soccer game, dance recital and woefully out of tune band concert - all while beaming with pride for his grandchildren participating. He loved a good meal with his family, sitting around the table sharing stories about the mundane aspects of our lives. He marveled as we took big steps in our lives, watching his grandchildren marry and have families of our own. Words are difficult to find to describe the hole we now feel in our family. While we are filled with sadness and grief, we find comfort in knowing he is now at peace. Larry was member of the Washington Masonic Lodge No. 58 AF&AM St. Albans, Scottish Rite Bodies, Beni Kedem Shrine, and the Royal Order of Jesters. Larry's life will be honored with a visitation on Tuesday, December 17th from 6:00 pm - 8:00 pm. Funeral services will be held on Wednesday, December 18th at 11:00 am at Chapman Funeral Home, 3941 Teays Valley Road Hurricane, WV. Interment will be at Cunningham Memorial Park, St. Albans with Masonic rites conducted by Washington Masonic Lodge No. 58 AF&AM. Given Larry's love of the holiday season, particularly Christmas, the family requests that in lieu of flowers, you donate in his honor to Mitsy's Wings www.mitsyswings.org P.O. Box 1187 Lewisburg, WV 24902 or any charity of your choice.

Larry Thomas Brannon, 87, of Nitro, West Virginia, passed away peacefully surrounded by his loved ones on Friday, December 13th after a short illness. Larry is survived by his wife of 32 years, Reba, children, Katheryn and Scott Barr, Margaret... View Obituary & Service Information

The family of Larry Thomas Brannon created this Life Tributes page to make it easy to share your memories.

Send flowers to the Brannon family.