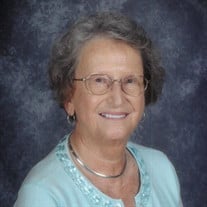 Mary Jane Anderson, 88, lovingly known as “Mrs. A” by generations of Winfield High School graduates, passed away August 28, 2021 at her home. Born September 25, 1932 in Huntington, she was a daughter of the late Thomas Leroy and Erma Lake Mynes. She was also preceded in death by her brother and sister-in-law, Thomas Edward and Irene Mynes. She was a 1950 graduate of Huntington East High School where she was a member of the Highlanders Majorette team and the band. She received her college education through Marshall and Ohio State Universities attaining the degree of Masters +15. She taught Home Economics and was the cheerleading coach for 60 years at Winfield High School, and one year as majorette coach. Mrs. A’s cheerleading teams won many awards over the years including 2003 AA State Cheerleading Championship and Runner-Up in 2002, 2004 and 2005 as well as numerous Regional Championships and State appearances. She was the Regional Cheerleading Coach of the Year, 1989-90, WV Coach of the Year, 2003-04, Putnam County Teacher of the Year, 2011-12 and Retired Coach of the Year, 2016. She was also recognized as a WSAZ Hometown Hero. Surviving are her husband of 61, years, Gene Anderson; her daughter, Kelly R. Anderson; nieces, Sharon Mynes Martin and Tony Gail Napier; nephew, Stephen Mynes; as well as her two cats whom she loved dearly, Lula Belle and Weezie. Funeral service will be held at 3pm Sunday, September 5, 2021 at Chapman Funeral Home, Winfield with Pastor Dana Gatewood and Dr. Paige Carney Salgado officiating. Burial will follow in Winfield Cemetery, Winfield. Visitation will be held from 6-8pm Saturday at the funeral home. Those attending the services are asked to proudly wear “Winfield Green” attire. You may also visit her Tribute page at ChapmanFuneralHomes.com to share memories and offer condolences to the family. Chapman Funeral Home, family-owned and located at 12848 Winfield Road is honored to serve the Anderson family.

The family of Mary Jane Anderson created this Life Tributes page to make it easy to share your memories.

Mary Jane Anderson, 88, lovingly known as “Mrs. A” by generations...

Send flowers to the Anderson family.