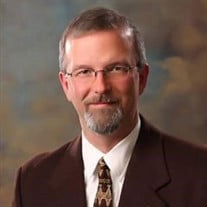 Michael Maddox, 57, of Culloden, West Virginia left this earth peacefully on June 9th, 2022 after a long and courageous battle with cancer. He was surrounded by his loving family at home. Michael was brought into this world on April 7, 1965, to his loving parents Jim and Patricia (Pam) Maddox. Michael graduated from Buffalo High School in 1983. Michael was truly a very special, one-of-a-kind person. His passion for helping others and his zest for life was infectious. He did not know a stranger. If you spent more than 15 minutes with him you became his friend, he made sure of it. It was not unlike Michael to strike up a random conversation with someone at the table beside him in a restaurant. His passion for helping others led Michael into Real Estate, becoming a realtor for over 18 years. He spent countless hours researching properties to help people find their perfect home. During his time as a realtor, he became involved in the Huntington Board of Realtors, eventually being elected as its President. This dedication and hard work aided him in earning Realtor of the Year in 2021. Michael always had a style all his own. He was usually sporting a “Cancer Sux” shirt, a wacky suit jacket, some other outrageous shirt or shorts he had custom-made for himself. He always had on a pair of funky socks and had to have one of his beloved fedoras to top it off. His unique style was not to impress or to make him stand out, his style was to make people happy, as he loved making people smile. Michael had many passions in his life, but first and foremost was his love for his family. He spent 28 wonderful, fun-filled years married to the love of his life, Legh Ann. He loved spending time with her traveling, catching a sporting event, or just chilling at the house. His children were his everything, you could not hold a conversation with him for long without one of his four children coming up and how proud he was of all of them in whatever they were doing. Their bond as a family is tight and strong. It was this love for his family that pushed him through the years of cancer treatment. Michael also had a deep love for sports. He could often be found at a game cheering on his beloved Marshall Thundering Herd or at the house in front of his multiple televisions watching three different sporting events. Of all sports though, he had a special place in his heart for the Hurricane High School Boys Soccer team. Through his sickness and pain, he would not miss either of his son’s soccer games. He loved cheering them on, watching them play, and snapping photos of their teammates. Outside of games, he could often be found at the field pressure washing the bleachers or maintaining the grounds, many times not long after he had just completed a cancer treatment. Michael touched many lives during his life and through his treatments. He faced his treatment with positivity and a smile, always entertaining the nurses and medical staff with his humor and antics. Numerous people followed his journey through his 'Michael’s Grapevine' page on Facebook. Several knew the profound impact he had on people yet it was not until after his passing that the true extent became clear. Many of his caregivers mentioned that they felt he had made them better people. His journey was truly inspirational for so many. The world lost a great soul that will be sadly missed by all. Michael was preceded in death by his mother, Pam. He is survived by his father: Jim Maddox of Kenova; wife: Legh Ann; children: Dakota Maddox, James Chase Maddox, Carter Maddox, and Grayson Maddox; brothers: Greg Maddox (Libby) of Ashland, KY; Jeff Maddox (Brenda) of Kenova; Mark Maddox of Hurricane; Scott Maddox (Chaundra) of Huntington; In-laws Gary and Judy Deal of Hernshaw; Brother-in-law John Snodgrass (Lori) of Fayette County, Sister-in-law Lesa Darby of Gallagher, Nikki Adkins (Terrence) of Hernshaw, and many nieces, nephews, great-nieces as well as great-nephews. The family would like to thank the Chemotherapy and Radiology Oncology teams at the Edwards Comprehensive Cancer Center and Medical Team on 5 West at Cabell Huntington Hospital. They were angels on earth for Michael and the entire family. Please join the family for a Celebration of Michael’s Life, 4:00 pm Saturday, June 18, 2022, at Teays Valley Church of the Nazarene, 3937 Teays Valley Road, Hurricane, WV. The family will receive visitors from 2:00pm until 4:00pm at the church. The service will be live-streamed on the church's Facebook page. In lieu of flowers, memorial donations may be made in Michael’s name to: Edwards Comprehensive Cancer Center, Att. ECCCC 1340 Hal Greer Blvd., Huntington WV 25701. Anyone wishing to leave an online memory or condolence may do so by visiting Michael’s tribute page at: www.chapmanfuneralhomes.com. Chapman Funeral Home, locally owned and located at 3941 Teays Valley Road Hurricane WV 25526 is honored to handle the Maddox family’s arrangements.

Michael Maddox, 57, of Culloden, West Virginia left this earth peacefully on June 9th, 2022 after a long and courageous battle with cancer. He was surrounded by his loving family at home. Michael was brought into this world on April 7, 1965,... View Obituary & Service Information

The family of Michael Maddox created this Life Tributes page to make it easy to share your memories.

Send flowers to the Maddox family.