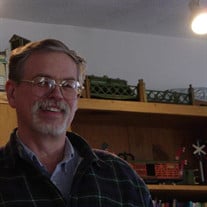 Nye Atwood Clinton, 79, of Hurricane, WV died June 6, 2020. Nye Clinton Sr. passed away in early June, surrounded by family, at home after a year-long battle with cancer. He was 79. Nye Clinton was born in June, 1940 in Watertown, New York. He grew up in a loving home with his older brother Peter and his parents Karl and Esther Clinton. He earned multiple degrees culminating in a PhD in Organic Chemistry. These degrees and post-doc experiences were at University of Rochester, University of Massachusetts, University of California at San Diego, and Indiana University. While at the University of Rochester he met the love of his life, Millie Clinton. They married and remained married over 55 years which was the remainder of his life. Nye’s life was filled with accomplishments ranging from awards including the Union Carbide Chairman’s Award in 1993, multiple patents received, and several publications. He had a passion for work, befriended many of his colleagues, and excelled first at Union Carbide and then later at MATRIC. At Union Carbide he was an Associate Director of Research for Specialty Chemicals both in Tarrytown, NY and later in Charleston, WV. In those roles he supported many researchers and oversaw research in many business areas. Many of his most cherished accomplishments were outside of the workplace, as he was a dedicated husband, father, grandfather, and volunteer in the community with a focus on adult literacy. His interest in literature extended to his personal life as he always had a passion for reading. Perhaps most notable was his interest in Sherlock Holmes, which led him to become an active member of the Norwood Building Inspectors, a society focused on Holmes scholarship and knowledge. With family and friends, he was caring, intelligent, funny, and an incredible story-teller, making him a joy to be around. Nye is survived by his wife, Millie Clinton, children Esther Clinton and Nye Clinton, brother Peter Clinton, extended family Jeremy Wallach, Miyoko Clinton, Haruka Clinton, Carla Keirns, and Russell Dorn. Those wishing and able to honor Nye’s commitment to improving the world are encouraged to donate to the Lustgarten Foundation Pancreatic Cancer Research charity. Donations can be made online at https://www.lustgarten.org/donate/. A memorial visitation will be from 5-7pm Thursday June 11, 2020 at Chapman Funeral Home, Hurricane. Social distancing guidelines will be observed. You may share memories of Nye by visiting his tribute page at ChapmanFuneralHomes.com Chapman Funeral Home and Crematory, family-owned and located at 3941 Teays Valley Road, Hurricane is honored to serve the Clinton family.

Nye Atwood Clinton, 79, of Hurricane, WV died June 6, 2020. Nye Clinton Sr. passed away in early June, surrounded by family, at home after a year-long battle with cancer. He was 79. Nye Clinton was born in June, 1940 in Watertown, New York.... View Obituary & Service Information

The family of Nye Atwood Clinton created this Life Tributes page to make it easy to share your memories.

Send flowers to the Clinton family.