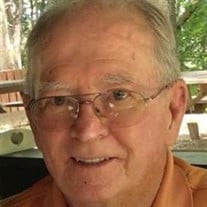 Mr. Richard Burl Fewell, 77, of The Villages, Florida passed away on Friday, March 6, 2020 at Cornerstone Hospice Care of extended complications of diabetes. He was a member of First Baptist Church of The Villages, Florida. He was a graduate of Winfield High School in West Virginia in 1960, earned a Bachelor of Science Degree in Civil Engineering from West Virginia Institute of Technology in 1964 and a Master’s Degree from West Virginia University in 1967. Prior to moving to Hawaii in 1974, he was a consulting engineer for nine years in Pittsburgh, Pennsylvania. From 1974 to 1975, he was Chief Engineer and President for Geolabs-Hawaii, a subsidiary of a California corporation. He was responsible for the Hawaii operations which included an engineering firm, a drilling lab, and a materials testing laboratory. From 1975 to 1976, he served as Project Manager for GJ Hawaii, Ltd.’s Hawaii branch. He eventually acquired GJ Hawaii in 1976 and changed the name to Fewell Geotechnical Engineering, Ltd. in 1977. He officially retired in 2001 but continued to serve as an outside consultant for another 3 years. FGE is still thriving under the same name almost 44 years later. During the course of his engineering career, he was registered as a professional engineer in Pennsylvania, West Virginia, Ohio, Hawaii and Guam. He was often called upon to serve as an expert witness due to his wealth of geotechnical engineering knowledge. He was an active member of the American Society of Civil Engineers and served as President for the Hawaii Branch in 1982. He also was active with the Consulting Engineers and served as President of the association in 1990-1991. His hobbies were scuba diving, sailing, hiking, and golf. He is survived by his wife, Sandra Nichols Fewell of 57 years; his son, Richard Douglas Fewell and wife, Emily Hirose Fewell of Mililani, Hawaii; two grandsons, Bryan Andrew Fewell and wife, Samantha Vera Fewell of Costa Mesa, California, and Richard Bradley Fewell of Azusa, California. Funeral service will be held at 11am Saturday, March 14, 2020 at Chapman Funeral Home, Winfield. Burial will follow in Winfield Cemetery. Visitation will be held one hour prior to the service at the funeral home. You may visit his tribute page at ChapmanFuneralHomes.com to share your memories with the family. Chapman Funeral Home and Crematory, family-owned and located at 12848 Winfield Rd., Winfield is honored to serve the Fewell family.

The family of Richard Burl Fewell created this Life Tributes page to make it easy to share your memories.

Send flowers to the Fewell family.