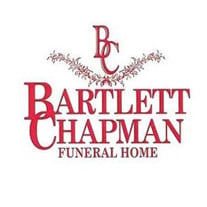 Rick Pedigo, 73, a lifelong resident of St. Albans and graduate of SAHS, passed from this life, Wednesday, January 2, 2019. Rick was a faithful employer of the Diamond Department Store for 12 years and Kaufman’s/Macy’s for 24 years. His work routine was set in stone, riding the bus every day, many times at 5 a.m. Before this, he was proud to have worked for Robert Kennedy’s campaign staff. Rick also managed to take many trips, which he enjoyed reminiscing about, to Washington, D.C., London, Paris, Miami, Nassau, California, and Montreal. He was a graduate of Milligan College in Eastern Tennessee. Rick was a man of simple pleasures, with eating a good meal on top of this list. He also longed to be able to walk again to some of his favorite places in St. Albans: McDonald’s, Dairy Queen, and KT IGA. Rick is survived by his lifelong childhood friend, Laurie Turley, with whom he has traversed with his struggles the past 10 years. He also has kind neighbors and work associates who will never forget him, for Rick was always encouraging and complimenting others even through his own trials. Laurie would like to thank Misty, PTA at Riverside Nursing Home who was Rick’s biggest supporter. He was blessed to have her be at three different nursing facilities where he resided, and also to thank the entire staff at Riverside, CNA’s, nurses, and office personnel. Visitation will be from 3 to 4 pm Sunday, January 6, 2019 at Bartlett-Chapman Funeral Home, St. Albans. Cremation remains will be entered at Serenity Views Cemetery in New Martinsville at a later date. You may visit Rick’s tribute page at chapmanfuneralhomes.com to share memories or condolences with the family. Bartlett-Chapman Funeral Home, family owned and located at 409 Sixth Ave., St. Albans is honored to serve the Pedigo family.

Rick Pedigo, 73, a lifelong resident of St. Albans and graduate of SAHS, passed from this life, Wednesday, January 2, 2019. Rick was a faithful employer of the Diamond Department Store for 12 years and Kaufman&#8217;s/Macy&#8217;s for 24 years.... View Obituary & Service Information

The family of Rick Pedigo created this Life Tributes page to make it easy to share your memories.

Rick Pedigo, 73, a lifelong resident of St. Albans and graduate...

Send flowers to the Pedigo family.