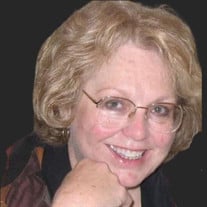 Rosemary Blackburn Hale, age 73, of Scott Depot, West Virginia went home to be with her Lord and Savior on June 16, 2021, at home with her husband. Rosemary was born in Ceredo-Kenova, West Virginia on October 19, 1947, to the late Jay Blackburn and Pauline Friley Blackburn Hale. Rosemary was raised in Catlettsburg Kentucky, where she met and ended up marrying the love of her life, Gary Hale Sr. on December 10, 1965. Rosemary led a wonderfully blessed life as a wife, sister, mother, and Granny. She was dedicated to her husband, to her family, and to the Lord. Rosemary was an avid reader, she enjoyed crocheting, journaling, playing board games with her grandchildren and writing stories about and to her grandchildren. Rosemary dedicated her life to serving the Lord by singing, leading the choir, counseling, serving as a Pastor’s Wife, and teaching the Bible at whichever church or location the Lord called her and Gary to minister to. Rosemary adored her husband of 55 years, Reverend Gary Hale Sr., They met at Boyd County High School in 1963, Their love story began after Gary drove her home one day from school in his dad’s brand new 1965 Chevy Truck. He was her rock, and she was his anchor, both fully committed and tethered to serving the Lord. Rosemary was blessed with two daughters Dr. Susan Edralin (Jeffery) and Paula Legg (Tim), and son Gary Hale Jr. (Carrie). She had an overflowing love for her grandchildren to whom she gave each 100% of herself: Willie (Jazi), Haley, Alex, Lindy, Jaylen, Mackenzie, Josie, Callie, Storm (Gabie), and Cam. Rosemary is survived by her husband, children, grandchildren, brother Henry Blackburn, and a host of nieces, nephews, and cousins. She was preceded in death by her parents, sister Jody Simpson and brother Paul Blackburn. While the family is heartbroken, they know fully, that Rosemary now truly knows the meaning of being WONDERFULLY BLESSED. A visitation in Rosemary’s honor will be Friday June 18, 2021, from 5:30pm to 7:30pm, with a service to follow at Chapman Funeral Home, Hurricane West Virginia, officiated by Reverend Peggy Larck. A Graveside service will be 1:00pm Saturday June 19, 2021, at Catlettsburg Cemetery, Catlettsburg Kentucky. Anyone wishing to leave an online condolence or memory may do so on Rosemary’s tribute page at www.chapmanfuneralhomes.com. Chapman Funeral Home 3941 Teays Valley Road, Hurricane WV 25526 is honored to handle the Hale family’s arrangements.

Rosemary Blackburn Hale, age 73, of Scott Depot, West Virginia went home to be with her Lord and Savior on June 16, 2021, at home with her husband. Rosemary was born in Ceredo-Kenova, West Virginia on October 19, 1947, to the late Jay Blackburn... View Obituary & Service Information

The family of Rosemary Hale created this Life Tributes page to make it easy to share your memories.

Send flowers to the Hale family.