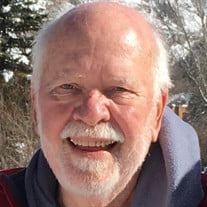 On May 4th, 2019 the world lost a good man. Rutherford Richmond “Sam” Houston, Jr of Teays Valley West Virginia, son of R. Richmond Houston and Margaret E. Holtz of Charleston, West Virginia transitioned from this earthly plane. Sam was 85 years young. He is remembered by his loving family, wife Jackie Houston, son Samuel “Sam” R. Houston (Anne) of Micco, Florida, and daughters, Cynthia L. Houston (James Nash) of Lewis, Colorado and Jacqueline L. Roulhac (Elmer) of Barboursville, West Virginia, two lovely granddaughters, Samantha Houston-Adams (Nicholas) of Micco, Florida and Nissa S. Nash of Lewis, Colorado and one great-grandson, Jaxson Adams; two sisters, Frances H. Layton and Janet H. Anderson both of Lewisburg, West Virginia and many nieces, nephews and their families. Sam will be profoundly missed by all, including many close friends that he considered his “framily” and his furry friend and companion Roxanne “Roxie” Roulhac. Sam Houston touched the hearts and lives of many throughout his years in his community. He was a musician extraordinaire with the Back Porch String Band, a bluegrass band that began playing music in the 1970’s. He graduated from Charleston High School, attended Davis and Elkins College on a football scholarship where he studied civil engineering and then moved on to serve in the Armed Forces stationed in Ft Knox. Sam began his career with Henry Elden Architects as a design draftsman and for Martens and Son Architects in the 1950’s. He then went on to work for Zando, Martin and Milstead Architects and Engineers as their head draftsman and later was employed by Paul Marshall and Associates, moving into self-employment establishing The Houston Corporation. His love for architecture played a role in his life work designing and building homes and preserving and restoring historical West Virginia landmarks. While working with Paul Marshall, Sam worked on projects including the restoration of Breezemont, a historical home in Charleston, the Philippi covered bridge in Philippi, West Virginia and Blaker Mill, a working grist mill that now resides in Jackson’s Mill. A fine craftsman himself, Sam designed two of his own beautiful homes and built one himself in Teays Valley. He continued to express himself through basketry, gardening, music and long days in his yard and the forests and back roads of West Virginia. The family would like to acknowledge the folks who were there to support Sam daily; son-in-law Elmer Roulhac, Back Porch String Band members John Picklesimer, Jim Bowles, Steve Branner, Louie Biel and John Blisard, and his health providers Dr. Adrienne Mays-Kingston, Dr. Muhammad Jamil as well as the nurses and staff of Three South and Four South Towers of Cabell Huntington Hospital, all who took extraordinary care of Sam with love and compassion. A celebration of a life well lived will be from 1-4pm Sunday June 23, 2019 at Shuckers in St. Albans. Donations may be made in Sam’s honor to the Salvation Army of Charleston, P.O. Box 6130, Charleston, WV 25362. Chapman Funeral Home, family-owned and located at 3941 Teays Valley Road, Hurricane is honored to serve the Houston family.

The family of Rutherford Richmond "Sam" Houston created this Life Tributes page to make it easy to share your memories.

Send flowers to the Houston family.