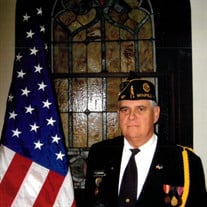 William Vernon Fitzsimmons, 73 of Fraziers Bottom, WV, passed away November 8, 2020. Born December 18, 1946 in Jacksonville, Florida, William was a son of the late Commander William Fitzsimmons USN and Helen E. Frazier, also grandson of the late Elwood and Pearl Frazier, His grandfather was his life-long Hero. William served his country in the U.S. Navy as petty officer 2nd class and served on 3 different Ships mostly on the USS Orion AS18, After his service to his country, in 1969 he was employed by BBF as a store manager in 1972. He then was employed by KFC in Huntington as store manager. In 1973, he went to work for Jerrico/Long John’s Silver as a store manager, then field franchise manager and later became area supervisor in WV, KY, IN, TN and AK. While area supervisor, he facilitated the opening of 25 stores. In 1988 William went to work for Hurricane Waste Water Treatment Plant as a lab manager. He was later promoted to Buffalo Waste Water Treatment Plant as plant manager, retiring in 2000. He was a past active member of Bancroft Church of God Mission. William was also an active member and served as finance officer of James E. Marshall American Legion Post # 187, Winfield where he took part in over 500 Military Funerals and also responsible for raising several thousand dollars for the Flag program. He enjoyed Basketball both as a player and coach. He is survived by his children, Carla S. Fitzsimmons and her fiancée Shawn Crosby, their child Tristan, of Virginia, Sandra L. Fitzsimmons of St. Albans, WV, and William Scott Fitzsimmons of Knoxville TN., his only granddaughter, Mia Bella Christine Fitzsimmons; sister, Linda K. Sporrer of Pennsylvania; brother, Mark A. Sorsaia of Hurricane, WV,; and his ex-wives: Linda Atkins Wooddell of Charleston WV., Tammy Lilly of Ironton OH, and Patrina Fitzsimmons of Fraziers Bottom, WV,. A Celebration of William’s Life will be held at 3:00pm Monday November 16, 2020 at Fraziers Bottom United Methodist Church Cemetery, Fraziers Bottom. Burial will follow with Military Honors provided by the James E. Marshall American Legion Post #187, Winfield. In lieu of flowers, donations are requested to be made in his name to: James E. Marshall, American Legion Post # 187, P.O. Box 31, Winfield, WV 25213 You can share memories of Mr. Fitzsimmons by visiting his tribute page at ChapmanFuneralHomes.com Chapman Funeral Home, family-owned and located at 3941 Teays Valley Road, Hurricane is honored to serve the Fitzsimmons family.

The family of William Vernon Fitzsimmons created this Life Tributes page to make it easy to share your memories.

Send flowers to the Fitzsimmons family.